Substance Abuse and the Developing Mind 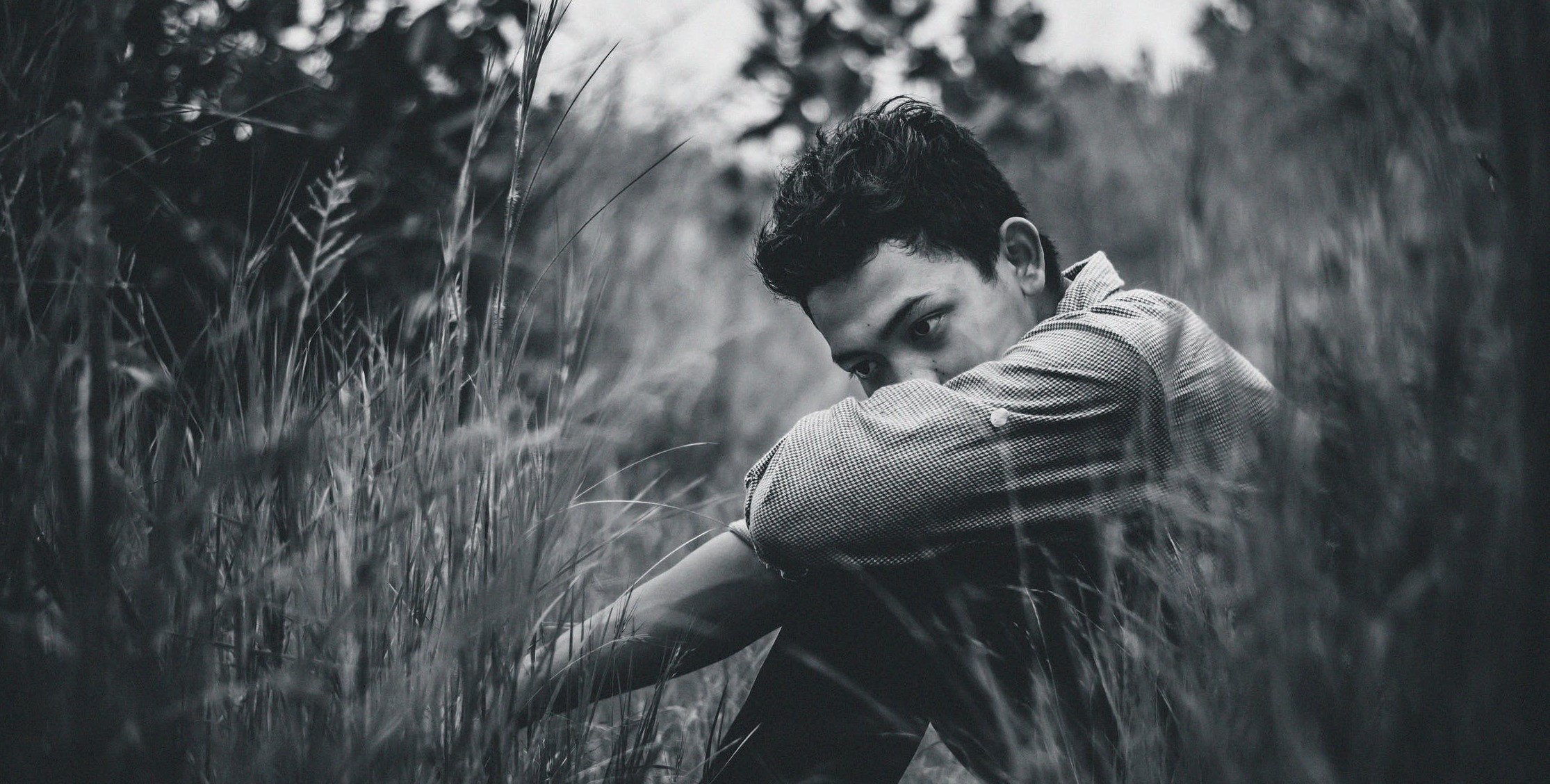 Substance Abuse and the Developing Mind

The human brain is still maturing significantly during adolescence and young adulthood. Given that the brain is still developing, it may help to explain why adolescents struggle with healthy decision-making and why this poses concerns for their health and safety.

Prior to entering the adolescent stage of development, the brain adds a considerable amount of connections between brain cells. Around the ages of 11-12, the brain then begins the processing of pruning back a significant percentage of these connections. Pruning is a healthy process of clearing out unused wiring to make space for faster and more efficient information processing, helping the brain to establish longer chains of nerve cells that are needed for complex decision-making in adulthood. This process follows two general principles, the first of which is considered to be the “use-it-or-lose-it” principle. Nerve cells that are frequently used during childhood are strengthened by ones that are not activated being eliminated, and this elimination process occurs in a back-to-front direction. In other words, the limbic system is biologically older than the prefrontal cortex and matures relatively early in adolescence. This particular region of the brain is associated with movement, emotion, reward, novelty-seeking, memory, and impulsivity, whereas the prefrontal cortex is responsible for executive functions such as planning, decision making, and impulse control. Given that the prefrontal cortex finishes maturing at a significantly later time than the limbic system, it is suggested that this non-uniform pattern in which emotions develop faster than reasoning may substantially contribute to an increase in risk-taking and novelty-seeking that is characteristic of adolescents.

Due to this pattern of older-to-newer development, adolescent behavior is somewhat driven more by impulses and desires to have new experiences and sensations and is somewhat less critical and logical in considerations of outcomes (especially in an emotionally charged situation). This maturation process is reflected behaviorally by the normative and functionally adaptive risk-taking of adolescents as they strive for greater independence from their parents, although certain conditions may promote higher levels of risk by teenagers: high emotion, presence of intense peer pressure, the perception that a short-term reward and positive outcome will be obtained. In such conditions, the limbic system may become overwhelmed by the prefrontal cortex, thus compromising an adolescent’s ability to make thoughtful and healthy decisions. During adolescence, there is an increase in the activity of neurochemical systems, especially in that of the dopamine system. Heightened dopamine during adolescence makes adolescents more sensitive to rewards, and more likely to engage in actions that result in pleasure and/or positive outcomes such as unprotected sexual activities, reckless driving, and substance use.

Problems with Drug Use

Most drugs of abuse induce this sense of pleasure and positive emotional states by directly or indirectly increasing dopamine levels within the limbic system. Following continued use, drugs alter the dopamine and other neurotransmitter systems, such as the serotonin system that helps to regulate mood. Such neurochemical alterations are associated with shifts in how brain structures communicate with one another, in the shape and functions of neurons, as well as the physical composition of various areas of the brain. Thus, such shifts result in the formation of addiction, especially given that the areas of the brain and neurotransmitter systems that are involved in addiction are those that are still maturing in adolescents. Henceforth, adolescents are particularly vulnerable to drug exposure and later development of substance use disorders.  Data from several sources indicate that the rate of substance use begins to increase around the time that adolescents enter the eighth grade, and peaks when they reach their late teens and early twenties.

Alcohol is the most widely used substance by adolescents nationwide. Although the impact of alcohol on adolescent brain development appears to be more subtle than that of long-term adult users, the dynamic physiological changes taking place in the brain during adolescence paired with the high rate of consumption pose a significant concern regarding exposure. In brain imaging studies, the brains of adolescent alcohol abusers were found to have structural differences when compared to non-using peers. Most often, studies reported having found smaller prefrontal cortices and hippocampi (which aids in the creation of long-term and spatial memory). Small reductions were also noted in the temporal cortex (associated with memory function), the cingulate cortex (which plays a role in reward anticipation, decision making, and impulse control), and typically found poorer white matter development in several regions of the brain. More pronounced structural changes in the brain were noted among adolescents with longer histories of excessive use of alcohol and binge drinking, and generally, such changes appeared to result in impairments that are cognitive in nature (i.e., difficulties with attention, memory, and response inhibition).

Nicotine is a substance that affects the brain by binding to receptor sites along with cells in various areas of the brain known as nicotinic receptors and is largely found in the limbic system. When stimulated by naturally occurring neurotransmitters, these receptors help to control the release of dopamine and serotonin. Yet in the presence of nicotine, the nicotinic receptors send messages for the brain to overproduce dopamine, reduce serotonin production, and also cause certain limbic structures to produce more nicotinic receptors. Increased dopamine levels in the limbic system can cause this region to exert greater control over behavior, rather than the more logical prefrontal cortex that is typically associated with the executive functions of behavior. This overproduction of dopamine may also lead to long-term changes in the organization of cells in certain brain structures that are responsible for processing information regarding rewards. Brain imaging studies have found that the insula (a nicotinic-rich area of the brain) is thinner in young smokers, with greater thinness associated with a smoker’s self-related level of nicotine dependence and the urge to smoke. This leads to the belief that the insula plays a role in addiction to nicotine, and that adolescents who begin using nicotine place themselves at very high risk for continued use. Approximately 90% of adult smokers begin smoking before the age of eighteen, and those starting in adolescence report the greatest difficulty quitting. There has also been found to be a strong association between adolescent smoking and depression, and that early use of nicotine among adolescents may be tied to the use of illicit substances (i.e., marijuana, cocaine, and heroin) later in life.

Marijuana is the most widely used illicit drug in the nation. There is a significant portion of the endocannabinoid system that is located within the limbic system and prefrontal cortex, with the endocannabinoid receptors helping to control other brain regions. Brain imaging studies have shown that adolescents suffering from marijuana use disorders have poor grey matter development in their prefrontal cortex, hippocampus, and other brain structures that are associated with memory storage. Also noted were the effects of regular marijuana users on white matter development, showing that regular users have greater amounts of white matter when compared to non-using peers. More specifically, adolescent users show poorer connections between parts of the limbic system and the prefrontal cortex when compared to their peers, who exhibited the reverse of this pattern. This suggests that cannabis use in adolescents may result in premature and/or altered tissue development within the brain, with such effects being trifold. First, difficulties with impulse control, attention, memory, learning, and problem-solving are all cognitive deficits that are linked to poorer educational and social outcomes amongst adolescent users. Second, cannabis use in adolescence appears to be linked with an increased risk for future substance use problems or developing a substance use disorder later in life. Lastly, there have been correlational and longitudinal studies that have demonstrated a clear association between adolescent marijuana use and the development of mood disorders later in life. There are strong links between adolescent use of marijuana and the development of either psychotic symptoms or some form of a psychotic disorder in young adulthood, and the use of marijuana before the age of fifteen has been found to result in the highest level of risk for future mental health difficulties.

Triple Divide Lodge works with all of these issues and more to try and help get development and behavior back on track for a healthy and productive life. If you want to learn more about how TDL can help you and your child, please contact us and we can discuss the best steps forward.

According to the National Alliance on Mental Illness, one 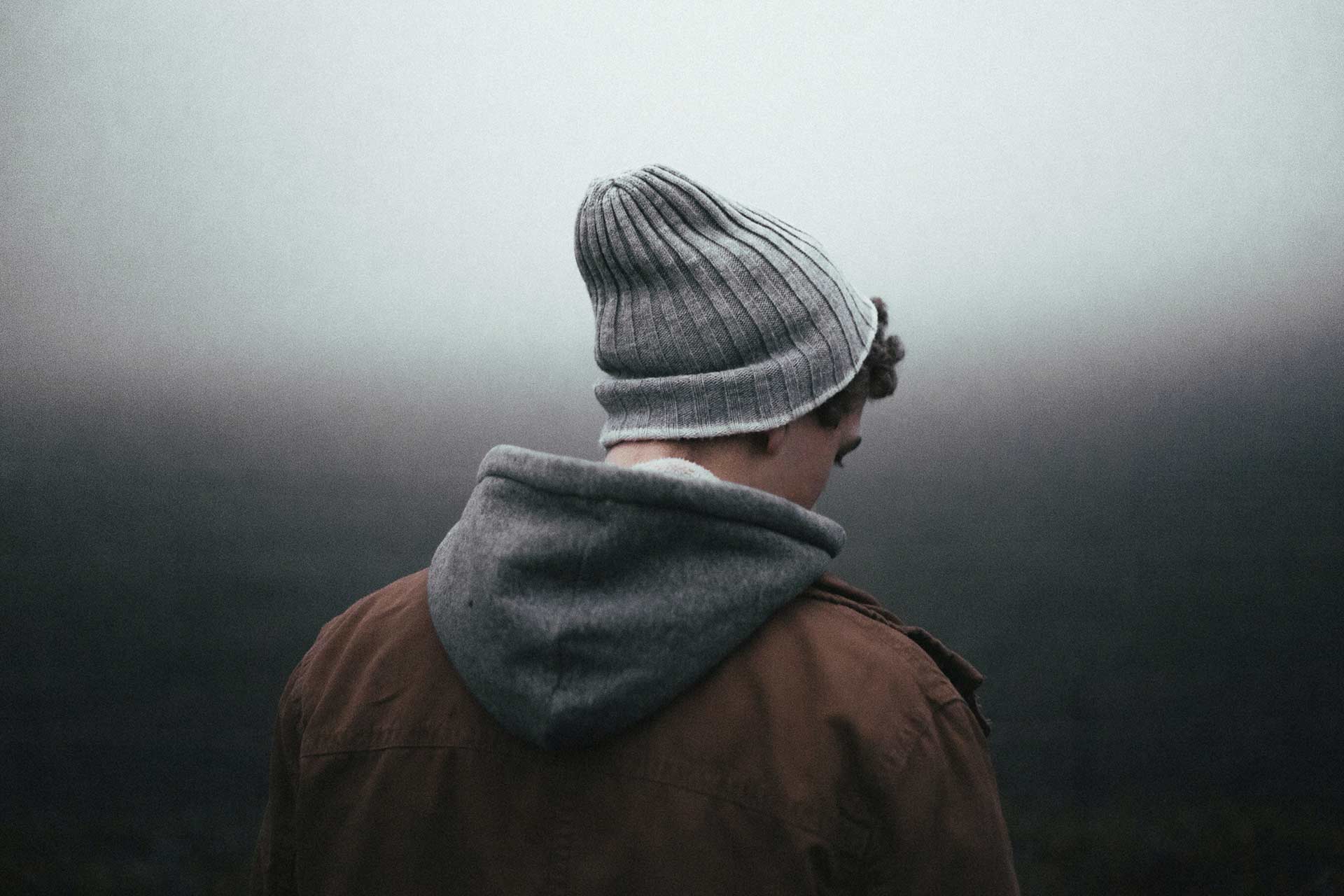 Signs and Principles of Teen Drug Use

When is it time to get professional help for 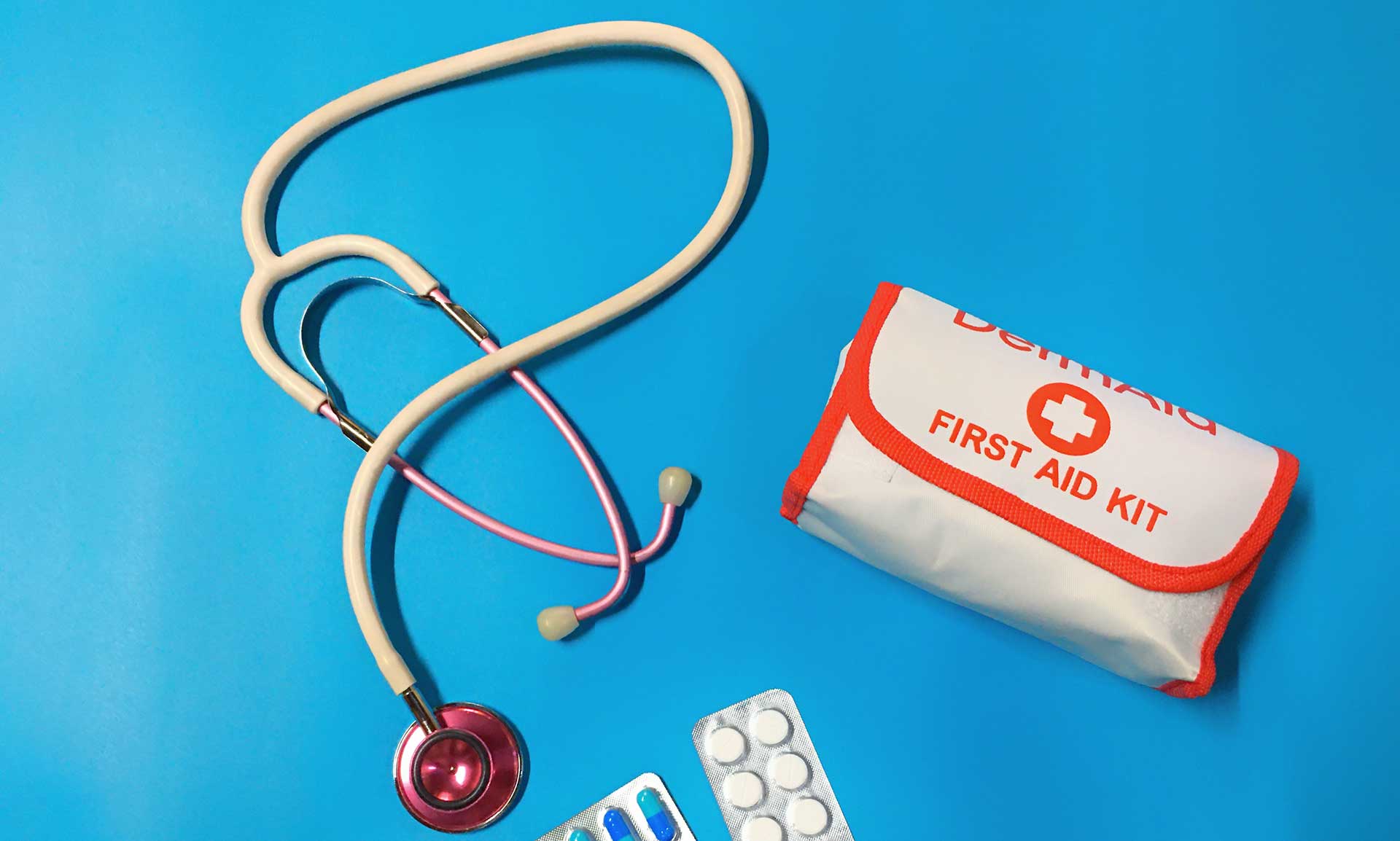 Society as a whole has an easier time accepting 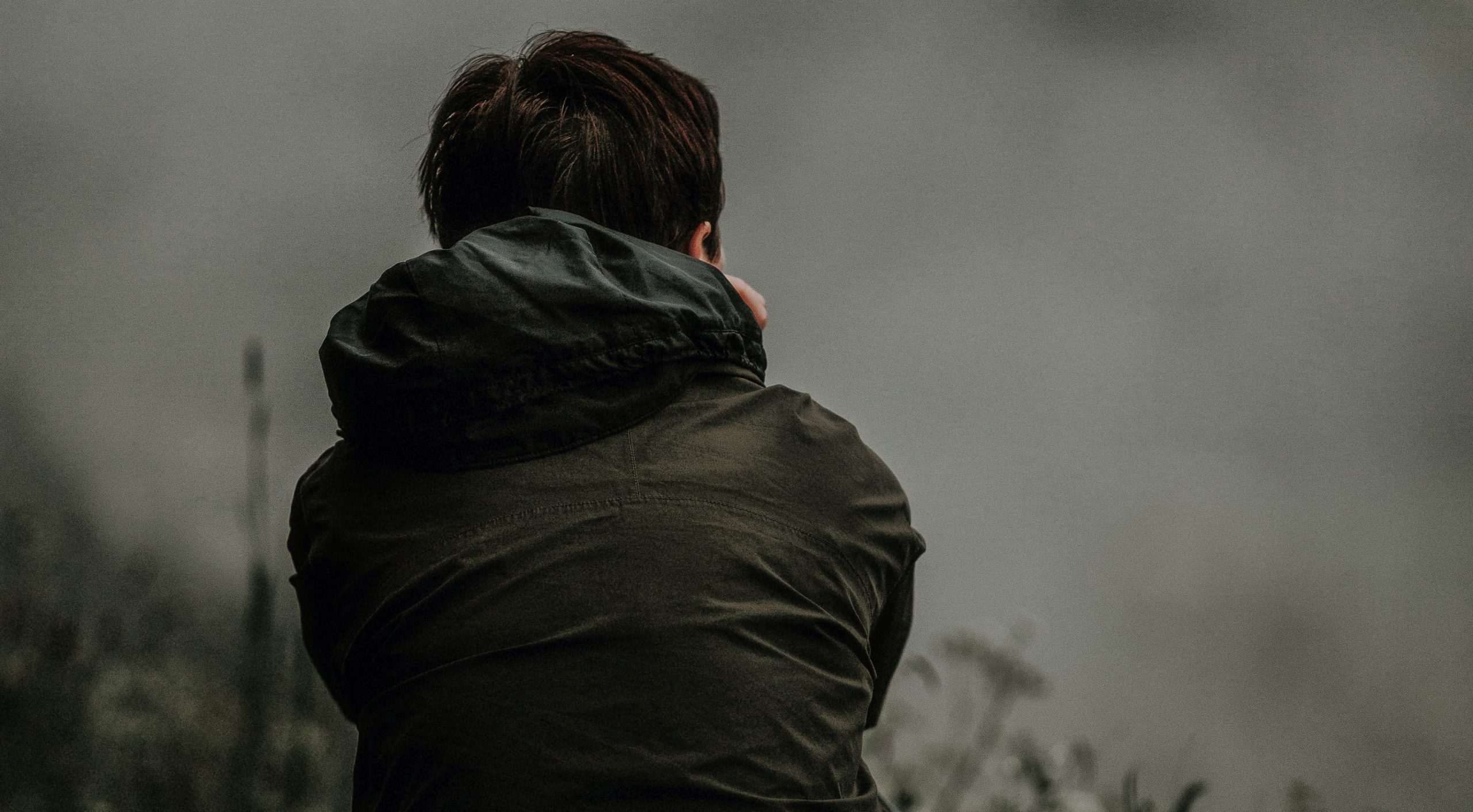 The Scary Truth About Drug & Alcohol Abuse in Teenagers

For many teenagers partaking in drug or alcohol use

Enter your details below and learn about all the perks you get by using Xtrail Explorer.

Or call us for more info: